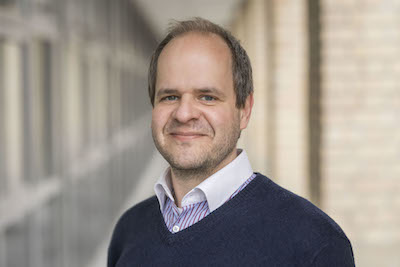 In this QualiChain partner interview, we talk to Ingo Keck, Web 3 Senior Scientist at TIB Leibniz Information Centre For Science And Technology, Germany. Dr. Ingo R. Keck is a physicist and holds the doctor europeus from the University of Granada. He worked as a researcher and lecturer in the fields of biomedical data analysis, machine learning and statistics in Spain and Germany. Then, he moved to Ireland to work in passive analytics and got involved in open data and blockchain. Back in Germany, he started the open science publisher Moringa Science Publishing and since January 15th, 2019, he joined the Leibniz Information Center for Science and Technology within the H2020 project QualiChain as a post of the Scientific Data Management and the Open Science Lab group; in QualiChain, he plays the role of  an expert for distributed ledger based technologies and secure system design.

What is your organisation’s role in QualiChain?

TIB participates in all work packages of the project. Nevertheless, the members of TIB mainly participate in the tasks of : the leadership of the the observation and evaluation of the project’s pilots and the definition and implementation of the distributed infrastructure in QualityChain. Addition,  we work  together with all the members of the consortium in testing, exploitation, dissemination, and communication.

How does QualiChain relate with your or your team’s background and interests?

We at TIB are in a very special place due to the unique makeup of the organisation. The people that work on QualiChain are both from the Open Science Lab where new technologies are implemented and tested to make science more transparent and accessible for everyone, as well as from the Scientific Data Management Research Group that are specialists on ontologies, knowledge graphs, and federated query engines.

Even though TIB is a library, we are a mixture of librarians, data scientists, researchers coming from the humanities, architects, physicists, computer scientists and I probably have forgotten a few more disciplinaries. This melting pot of experiences and knowledge correlates perfectly with the requirements of a big infrastructure project like QualiChain.

What is the novelty of QualiChain?

QualiChain is really trying to solve the big problem of managing education credentials in a big way, by creating an infrastructure and an environment for it that will 3rd party developments and service offerings to be created and to grow and thrive if everything works out well. In the end by using QualiChain, everyone will be able to use the infrastructure to create, manage and evaluate educational credentials, keep them stored in a secure way and be able to automatically translate them over borders of countries and languages. This alone will save millions of hours of work every year in the EU and make the life of everyone that moves around for work or education a lot easier.

QualiChain is also the first project to my knowledge that really takes data privacy and access control seriously, and by using query federation combined with blockchain technology it found the perfect tools for it.

Which target groups can benefit from QualiChain?

Directly, the main target users are obviously all persons that need to work with educational credentials, like diplomas, course certificates or even person to person credentials similar to simple letters of recommendations. Right now it is very complicated to test non-digital certificates for authenticity and it cost weeks or months to get them accepted in other countries. QualiChain will make all that easy and a matter of seconds. But it does not need to stop here. What we are developing in QualiChain is an infrastructure for distributed and trustworthy decentralised data storage. It can hold credentials, but the experiences we gain with it will allow us to later extend it to other types of personal data that need these kinds of technologies to be managed in a secure and easy way.

How do you envision the future of decentralisation initiatives and technologies, such as the Blockchain?

The internet started out as decentralised system that should even be able to withstand a nuclear attack. Decentralisation is built into the bones of it, and it was only in recent years that centralised systems seemed to take over. Yet, when you dig deeper, you can see that by using open protocols, open standards and free software, a lot of services on the internet are decentralised and thriving. Think about email, routing, the fundamental standards of the web like HTTP, CSS and HTML. The web could only grow and thrive as it did because everyone, at least in theory, was able to freely use the tools and the knowledge to create their own website and put it out into the world.

From this point of view blockchain, federated query engines, distributed databases, linked data and many more decentralised technologies are only following the path that was set before. And if we look at systems outside of technology we see that decentralisation is the only way how to create a long term sustainable system. Centralised systems may be able to grow quicker than decentralised solutions, but history shows that sooner or later they will always fail. The reason is simple physics: decentralised systems are able to manage all necessary information locally and in a distributed way, which is both cheap and fast, even if require additional work to organise themselves. Centralised systems need to send all information along a long way, which will get more costly and slower as they grow, till they are too big to move and stop working properly. In case you wondered why your favourite (centralised) social media platform needs hours to days to update your friends stories, while sending an email to them is almost instantaneous – well, now you know why.