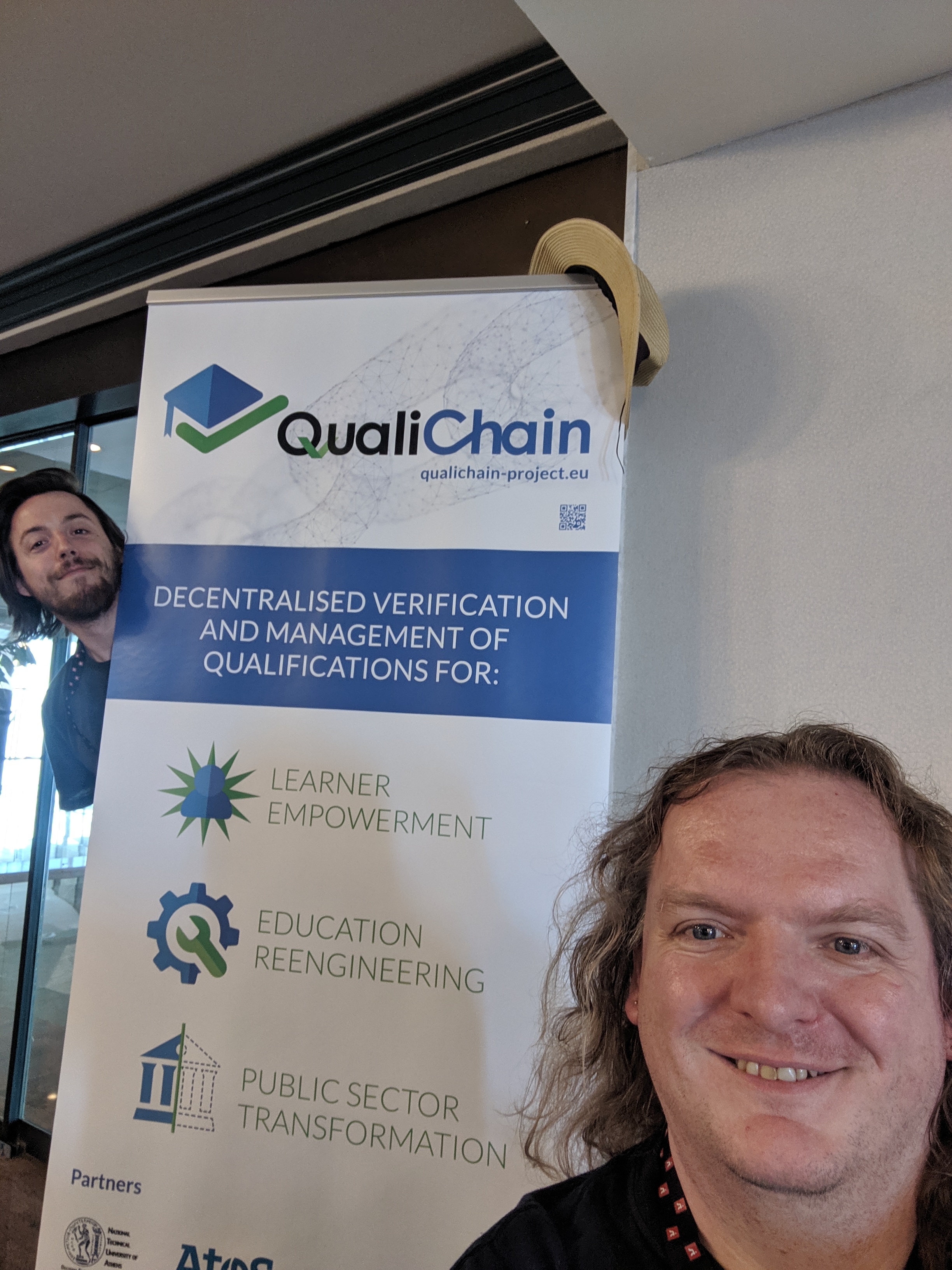 The Extended Semantic Web Conference (ESWC 2019) took place on June 2-6 in Portoroz, Slovenia. QualiChain was represented by John Domingue and Allan Third from The Open University, UK, as well as Damien Graux from Fraunhofer IAIS, Germany. QualiChain was presented prominently at the opening and closing ceremonies as a conference sponsor and had a banner and exhibition space, where the project was discussed with attendees during the coffee breaks. Allan also presented QualiChain at the Project Networking Session, where common interests were identified with other ongoing projects on decentralisation and personal data usage.

The ESWC is a major venue for discussing the latest scientific results and technology innovations around semantic technologies. Building on its past success, ESWC is seeking to broaden its focus to span other relevant related research areas in which Web semantics plays an important role.